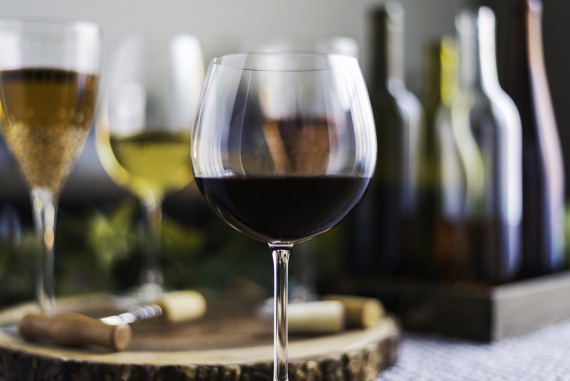 When you think about “catching a buzz”, what comes to mind? Probably not anything that’s good for you. Luckily, there are many healthy ways to get a buzz, some of which may surprise you. In this article, we’ll cover the top five. Read on for the high points (get it?).

Smoking kills half of all those who do it – plus 600,000 people a year who don’t, via second-hand smoke – making it the world’s biggest preventable killer, with a predicted death toll of a billion by the end of the century, according to the World Health Organization.

Our subject, however, is nicotine – not smoking. I invite you to separate nicotine from the stigma of tobacco and read this part of the post with an open mind as there are many alternative methods to consume nicotine.

Excess nicotine is toxic, but in the right amount, nicotine does a lot for you. For starters, it gives you faster, more precise motor function. People show more controlled and fluent handwriting after taking nicotine. Nicotine sharpens your attention span, allowing you to focus better and for a longer period of time on mentally tiring tasks.

Research has also shown that you can even speed up your reaction time with nicotine.

Finally, nicotine suppresses appetite, so if you’re looking to lose weight and you’re getting food cravings, a small dose of nicotine could help control them.

We all know alcohol, a.k.a. “booze”, is very harmful if not consumed in moderation, but the right kind used the right way can provide many health benefits. Let’s take a look at a few of them.

You may have already heard about how moderate amounts of alcohol can improve heart health, but did you know it could also help you burn fat? According to research, red wine, consumed responsibly, can do both.

Like nicotine, red wine can also boost your memory and even help prevent decline in cognitive performance. Drinking a glass, particularly if it’s pinot noir, every now and then can protect your brain against the development of various forms of dementia, like Alzheimer’s and Parkinson’s disease.

Is it the fountain of youth? Not exactly, but if fat-burning and memory-boosting weren’t enough, red wine has also been shown to help you live longer. I’ll drink to that!

So, what’s considered “moderate” consumption? A glass or two a day is all it takes to enjoy these benefits.

There is much debate over the legalization and use of marijuana. Like nicotine and alcohol, marijuana (specifically, the cannabidiol (CBD) extract obtained from marijuana) does have many good qualities.

Currently, 29 states have legalized the use of marijuana, although it is still illegal at the federal level. Many swear by its mood altering and pain-relieving properties.

Marijuana is touted for alleviating chronic pain associated with many debilitating conditions; according to Harvard Health and is also a proven treatment for epilepsy, PTSD, depression, opioid addiction and chemotherapy side effects, such as chronic pain, and nausea for many battling cancer.

With many benefits and few known side effects, marijuana looks to have a strong future in the medicinal and recreational marketplace.

Most people can’t do without their daily “cuppa joe”. Thankfully, there’s no need – research shows a cup a day really could keep the doctor away.

Studies of caffeine illustrate the positive effects it can have on the human body and mind. In moderate doses, it can improve brain function, boosting both memory and focus, and decrease the risk of developing various diseases – even liver cancer.

Not only that, but a steaming cup of your favorite java can warm the soul, too. Caffeine can be found from many other sources, though, if you’re not a coffee drinker—tea, chocolate, soda, energy drinks, and more.

Endorphins are a little different from what we’ve covered so far. The word derives from a combination of the terms “endogenous” (essentially referring to its natural production by the human body) and “morphine” (a pain-relieving opiate). To experience the effects of endorphins, you must trigger their release in the body.

Experiencing pain or stress is known to cause the body to release endorphins, but it doesn’t take much. You’ve likely heard the term “runner’s high”. This refers to the release of endorphins as a result of the physical stress that running causes. The endorphins act as countermeasures to the pain and stress, lessening their effect. Once a person reaches that “runner’s high”, the endorphins are released, giving the runner a so-called “second wind” that enables them to push a little harder or longer, just when they thought they couldn’t go on.

There are more fun ways to trigger a flood of endorphins, however. One is sex—most would agree it’s more enjoyable than exercise and still burns calories. Another is eating chocolate.

Endorphins don’t just relieve pain and stress, though. They also lead to feelings of euphoria; this is one reason why doctors recommend exercise to reduce the effects of anxiety and depression, and also likely why some of us crave chocolate when under stress.

Unlike drugs, such as morphine, endorphins are non-addictive. So enjoy the pleasant side effects of endorphins while simultaneously doing something good for your body—but remember, moderation is key. Whether your “drug” is exercise, sex, chocolate, or any of the other endorphin-stimulating activities, it is possible to have too much of a good thing.

That goes for everything else in this post. Just because these are healthy methods doesn’t mean it’s a good idea to go crazy and have as much as you want. In fact, overdoing any of these can lead to negative side effects. So keep calm, and “buzz” on.