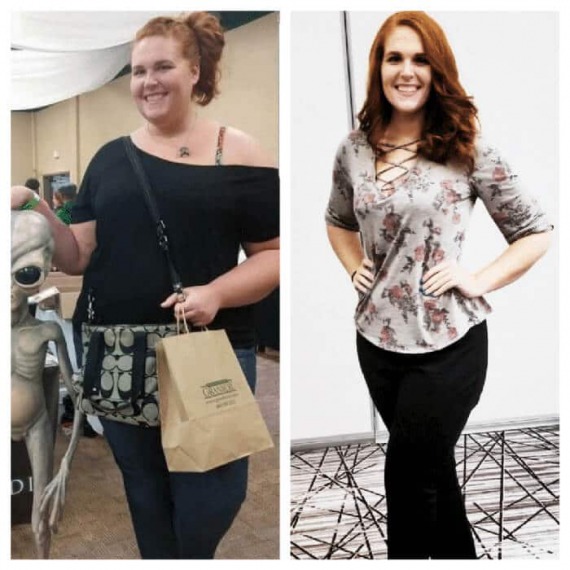 At 6’4”, Denton resident Heidi was able to “hide” her extra weight fairly well. But even as a self-proclaimed “super tall girl”, Heidi knew she was heavier than she should be; heavier than she wanted to be. She had high blood pressure, acid reflux and was beginning to show signs of developing diabetes, a disease that runs in her family. “That terrified me,” she said.

So, in classic Heidi-style, she did something about it.

With no referrals, recommendations or even anyone in her sphere of influence who had had bariatric surgery themselves, Heidi simply Googled “bariatric surgeons in Denton” and found Dr. Ayoola. And the rest, as they say, is history.

She’s a no-nonsense girl which serves her well in her role as an adult probation officer. No victim mentality here. One visit with Dr. Ayoola and Heidi was convinced. She chose the Sleeve Gastrectomy, scheduled surgery and never looked back.

Heidi knew it wouldn’t be easy and that the weight loss would be gradual. Within a few hours of surgery, she was up and walking (even before the nurses made her do it). She was back home within 24 hours and on the road to recovery.

Today, Heidi is about 165 pounds lighter than her heaviest weight and is feeling great! “The most challenging part for me was changing my mindset about how much I should eat,” she admitted. “I was raised with a ‘clean your plate’ mentality and that was hard to shake.”

But shake it, she did. Today, Heidi is off her blood pressure meds and has none of the diabetic markers she had before her surgery. When she reached her goal weight (in under a year!), she booked a trip to Australia and hiked for two weeks, something she admits she never would have had the courage to do before.

“Before my surgery, I would have described myself as a shy introvert,” Heidi admitted. “I was always hiding. But now, I am outgoing and enjoy life! I’m so much happier and healthier.”

Heidi feels strongly about helping others on their journey to a healthier life. “Dr. Ayoola did so much for me,” she said. “He’s very authentic and does just what he says he will do. Even now, three years later, when I go in for check-ups, he remembers me and takes time to talk to me and see how I am doing.”

Heidi has referred several friends to Dr. Ayoola and speaks to groups of people considering bariatric surgery. The former “introvert” has even appeared in two commercials for Weight Loss Specialists of North Texas. “I try to give back because this is something that really changed my life so much for the better,” she said.