Home The Strength of Spinach

The Strength of Spinach 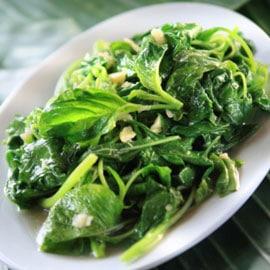 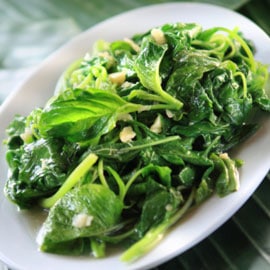 When Popeye the Sailor made his debut in 1929, his superhuman consumption of spinach made the leafy green’s popularity skyrocket, increasing the amount of spinach eaten in the US during the 1930s by 30 percent. A widely circulated myth attributed spinach’s status as a super food to a miscalculation that showed its iron content to be ten times higher than it really is, but even then, people knew that spinach contained a huge amount of nutrients like vitamin A.

As it turns out, spinach does contain a good amount of iron, but this isn’t what makes it such an incredible food. Though it may not instantaneously grant you Popeye’s bulging muscles, new research has shown that another valuable ingredient in spinach called nitrate may actually help to build muscle strength.

Exercise is a big component of a healthier lifestyle after weight loss surgery in Dallas, but don’t make the mistake of thinking that aerobic exercise is all you need. Strength training can provide big benefits for anyone focused on weight loss, helping to strengthen your joints and burn more calories as your body works to constantly fuel hungry muscles.

Though you (hopefully) won’t develop his speech impediment or taste for pipe tobacco, spinach may be a big help in making you as strong as Popeye himself. Here’s how.

A team of researchers at the Karolinska Institute in Stockholm set out to determine how the strength of mice would be affected by nitrate, a naturally occurring form of nitrogen found in spinach and several other vegetables, by placing it directly into their drinking water. For seven days, the mice consumed an amount of nitrate equivalent to what a human would get by eating 200 to 300 grams of spinach each day (one cooked cup of spinach is about 180 grams).

When compared to a control group, these mice were found to have significantly stronger muscles, particularly in the legs and feet. Researchers attributed the change to observed higher levels of DHPR and CASQ1, two proteins used to store and release calcium—an essential process for making muscles contract.

Though conducted only on lab animals, researchers say that the study is particularly significant because the amount of nitrate consumed by mice was relatively low—humans can easily get a comparable volume by eating more of the plant foods like spinach and beetroot juice that contain it. The research team hopes to follow up their findings with further study into how nitrate may be useful for building muscle in humans.

Regardless of the nitrate content, spinach is perhaps the healthiest food on the planet in terms of nutrient richness. Spinach is a member of the chenopod family, which includes other veggies like beets, chard and quinoa and has increasingly been cited for health benefits that cannot be found in other foods.

One cup of cooked spinach contains an incredible amount of vitamin K (1110.6% daily value) and vitamin A (377.3% daily value) and is a great source of manganese, folate, magnesium, iron, vitamin C, calcium, vitamin B2, potassium, vitamin B6, vitamin E, fiber, copper, vitamin B1, phosphorus, zinc, vitamin B3, choline and selenium. As if this list weren’t long enough, spinach also contains various health-promoting phytonutrients like carotenoids and flavonoids, providing your body with antioxidant protection from cellular damage and dangerous diseases.

With only 41 calories per cooked cup and all the above benefits, it’s easy to see where Popeye’s creators got the inspiration for the character’s famous super snack. If you’re planning to add spinach to your weight loss diet, remember that the best way to cook it is to boil it for just one minute. This will reduce its concentration of oxalic acid, which prevents your body from absorbing the iron in spinach, but will minimize the reduction of the green’s other nutrients.

Whether you’re trying to impress your very own Olive Oyl or just develop a healthier diet after weight loss surgery, few foods are more beneficial than spinach. Talk to your weight loss surgeon about how to incorporate spinach into your bariatric diet.