You are here: Home / Weight Loss Tips / Words of Wisdom 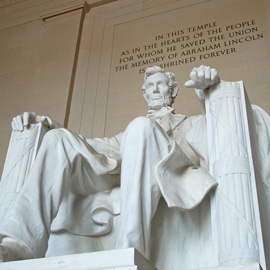 How quotes can inspire greatness after bariatric surgery

Do you have a favorite quote? This is a question you may stumble across when creating your Facebook profile, but it’s also a valuable one to ask after bariatric surgery. Though quotes may not seem like much at first glance, their complexities become clearer as we begin to digest and understand them. The right quotes can teach us a great deal about the human experience and even suggest behaviors for us to emulate and aspire to.

When attributed to someone we admire, a great quote can be a breath of fresh air, helping us see the positive and stay focused on what we hope to achieve. You will inevitably face setbacks in your motivation after bariatric surgery, but quotes can show you that, just like the person who spoke those clever words, you have the power to keep moving forward and conquer any obstacle in your path.

Quotes are shared so frequently on social media platforms like Twitter because of their conciseness, but also because of their inherent value. We learn much of what we know about life from the experiences of others, and quotes give us big shots of that wisdom without much digging or dissection. Unlike reading a book or even watching a movie, quotes have a sense of immediacy that makes them even more engaging.

“The best thing about the future is that it only comes one day at a time.” – Abraham Lincoln

Today, we remember Abraham Lincoln as one of the greatest presidents in American history. His tenure as our leader fundamentally altered the course of the country’s future. On both sides of the partisan divide, he’s known as a venerable and admirable figure, but he was not as universally admired in the days of his presidency. His actions were often met with disapproval in both the North and South—the thanks he received for his accomplishments was assassination.

Lincoln faced great obstacles in every day of his presidency, but his conviction helped to make our country what it is today. There’s a lesson to be learned here after bariatric surgery. You have big changes and challenges ahead of you, but you will only be expected to face them one day at a time. Do your best to stay happy, healthy and ready to keep learning and adjusting as these changes happen.

When you feel frustrated, lazy or upset, quotes like the ones above can be a powerful demonstration of the best way to move forward. Quotes that resonate with you can be just the thing to pull you out of a negative spiral, showing you that though things are hard, you can handle the pressure and be better off for it. Keeping quotes like these around after bariatric surgery can remind you to do what Lincoln did: tackle adversity one step at a time with the knowledge that what you’re doing is both possible and worth it.

What quotes have inspired you after bariatric surgery in Dallas? Share your favorites in the comments below!