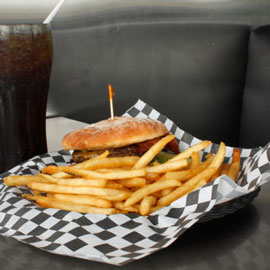 From New York Mayor Michael Bloomberg’s recent ban on large sodas to the Institute of Medicine’s strategies for reducing the “Weight of the Nation,” this year’s headlines have been full of ideas for how to slim down American waistlines. These focus more attention on the obesity epidemic as we work to reverse its progress, opening the eyes of many Americans to the real threat that our country’s steady weight gain poses. Surgeries for weight loss in Dallas and beyond have helped countless Americans control obesity, but slowing weight gain throughout the country will require widespread changes in how all of us think about and consume food.

Reducing the junk food in school lunches and outlawing large sugary drinks certainly sound like steps in the right direction, but many Americans are upset over these policy changes, objecting to what they perceive as impositions on their freedom of choice. Though these protestations may be missing the point, they’ve stumbled upon another important one: research has shown that reducing junk food options is an ultimately ineffective way to help people lose weight.

In a recent study published in the American Journal of Clinical Nutrition, researchers asked a group of 200 obese or overweight individuals to make a series of lifestyle changes that would help them lose weight, including group meetings about healthy behavior, a calorie-reduced diet and a greater amount of physical activity. In addition to these measures, half of the participants were asked to reduce the amount of junk food in their diets to just two options, while the other half was not restricted in this way.

Over the course of the 18-month study, the junk food restricted subjects ate fewer overall calories from junk food and adhered to their constraints in variety. Despite these facts, both groups lost the same amount of weight overall—about 10 pounds. Though researchers hoped that providing subjects with monotony would result in a reduced interest in food, they found that the restricted subjects compensated for their reduced junk food consumption in other parts of their diets.

Though patients of weight loss surgery should certainly limit their intake of junk foods, this study shows that the other lifestyle changes made by both groups of participants may be the more important factors in weight loss. Rather than focusing on the elimination of one kind of unhealthy food, we need to focus on educating ourselves about how to maintain a healthy and balanced diet that reduces overall calories, maximizes nutrition and exercises proper portion control. By focusing on one group of problem food, like many low-carb dieters do, we may run the risk of unconsciously compensating with calories from other foods.