You are here: Home / Weight Loss Tips / Should genetically modified foods be labeled? 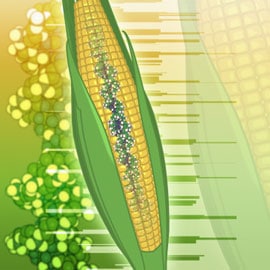 As debate about their health risks continues, more GMOs are cropping up in America’s grocery stores

Since the early 90’s, many farmers have worked with genetically modified organisms, or GMOs, to increase their yields. By tinkering with the DNA of seeds from American dietary stalwarts like soy and corn, proponents of GMOs claim that farmers are able to produce more food faster and with fewer chemicals, resulting in cheaper food and a smaller environmental impact. In 1992, the FDA declared that GM foods are “not inherently dangerous” and the United States, unlike 50 other prominent countries like Brazil and China, continues to lack requirements for any sort of special labeling or regulation of GM foods.

Yet, studies on how GMOs impact human health are few in number. Many are concerned that by the time science finds an answer to how GMOs affect us it will be too late to reverse their potential damage, leading to an increased push to label GM foods as such in supermarkets. If you’re a patient of a bariatric procedure like gastric bypass, gastric sleeve or LAP-BAND in Dallas, you’re used to being careful with your diet—is genetically modified food something you should add to the list of things to avoid or just another modern marvel we don’t yet fully understand?

The majority of studies on the effects of GMOs have taken place on animals, meaning the results may not necessarily apply to humans. However, those studies have resulted in a number of troubling health issues for their animal subjects, including inflammation, changes in metabolism, reduced fertility and malfunctions in the kidneys and liver. In a study of multiple generations of hamsters, a diet of genetically modified soy led to infertility by the third generation.

GM seeds are run through an extensive battery of tests before usage to ensure their safety, but the complexity of changing a seed’s genetic makeup provides the potential for unforeseen circumstances. Some worry that transferring genes between plants may result in new allergens, or may transfer allergens from one plant, like peanuts, to another like soy.

Though 18 individual states have introduced legislation that would lead to the labeling of GMOs, spotting which foods in today’s grocery stores are genetically modified is something of a challenge. With the amount of GM produce steadily increasing and the FDA expected to soon approve GM salmon and pigs, the best strategy in avoiding GM foods is to search for the “Certified USDA Organic” sticker, which guarantees that the product has not been genetically engineered in any way. Another strategy may be to avoid the supermarket altogether—local produce sources like farmer’s markets almost always offer non-GMO products and a chance to talk to farmers directly about their methods.

The jury’s still out on GMOs, but to keep from kicking yourself later, it may be a good idea to avoid GM foods. Regardless of their almost guaranteed GMO content, shunning today’s processed foods will certainly be healthy for your diet, as will eating organic whenever possible. Genetic modification may be helping us produce food to keep up with a growing population, but until the impact of GMOs on human health is certain, steering clear may be the best option.