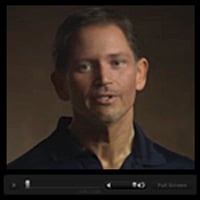 I’m Steve and I’m a family physician. I also suffered from severe morbid obesity for decades and knew that I needed to look into something to give me back the quality of life that I deserved. Prior to undergoing duodenal switch in December 2009, I suffered not only from severe morbid obesity, but also type 2 diabetes, hypertension, hyperlipidemia and obstructive sleep apnea. I topped out at a maximum weight of 342 lbs and a body mass index of well over 50. Quality of life-wise, things were just not good. It was difficult to get through the day to day. It’s hard as a physician to be of that size and that stature. A lot of people would seek me out as their doctor just because they knew I wouldn’t gripe at them if they came in for their annual and had gained a few pounds. So it began to affect me not only on a personal level, but also on a professional level.

It was at that point that I started researching bariatric options very seriously and looked into all of the different procedures available and who offered those procedures. I chose the duodenal switch procedure because it has a 99% cure rate for type 2 diabetes and at the time, I was on insulin and nine prescription pills with close to a $400 a month pharmacy bill. Within two weeks of my duodenal switch procedure, my sugars were back to normal levels. I stopped all medications the day before surgery and the only medication I’ve taken since was an acid blocker for six months after surgery. Duodenal switch helped me lose 173 lbs in 10 months. I lost all of my co-morbid conditions. I no longer have morbid obesity and I’m not even overweight anymore. My hypertension is gone and my hyperlipidemia is gone. In fact, I had my cholesterol checked at the one-year mark, and while my total cholesterol before surgery was in the high 200’s on medication, after surgery it was 86 off all medications and pretty much eating a regular diet. Duodenal switch is the best decision I’ve ever made.

I have every confidence in Dr. Stewart. He’s done a lot of duodenal switch procedures and he’s an excellent surgeon. In Texas alone, there are over 450 bariatric surgeons and of those only four offer the duodenal switch. I think that speaks to the caliber of physician that offers this procedure.