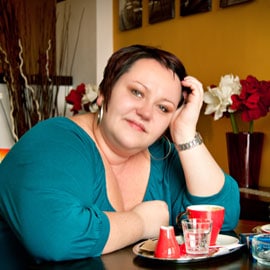 Recent attention on the nutrition and well-being of communities has shed light on the prevalence of food deserts in the United States. Many people hear the term food desert and envision a vast space of sand with no water or other means of sustenance. The contemporary use of the term food desert is similar, but most of these areas are filled with concrete instead of sand.

A food desert is a community in which food stores sell high-fat, high-salt prepackaged foods. Instead of offering a colorful produce department, stores in food deserts will sell canned vegetables and perhaps a few frozen nutritional items. For the most part, people who are left to purchase food in these communities are left with fast-food restaurants and items like hot dogs or potato chips.

The lack of readily available healthy food options can be a challenge to many people who have undergone obesity surgery. Dallas residents should be especially careful about finding nutritious sources of foods, as there are a number of communities within the city that are classified as food deserts by the U.S Department of Agriculture.

In addition to the lack of nutritious foods in many communities, another factor that is impacting the health of Americans is the reduction of neighborhoods that are safe for children to play in. When children are playing outside together they are developing healthier, active habits, which can help them to maintain a healthier weight as they become adults. In addition, when children are playing outside their parents are more likely to be out in the yard, walking around with neighbors or even getting involved in a game of catch. When communities are no longer set up for children to play outdoors with one another, the parents often migrate to the couch as well.

The majority of communities that are subject to both of these developments are low-income, but the habits that are wide spread in these communities are relevant even in affluent neighborhoods. Even if you do not live in a food desert or your street is perfectly safe for your children to play ball in, are you taking advantage of the produce section or your local farmers market? Or, are you sitting inside on the couch keeping an eye on the kids through the window instead of getting active and spending some time outdoors? Taking advantage of the healthy resources around you is an important factor in reaching your weight loss goals.

Food deserts are found across the United States. Have a look at how your community shapes up according to the U.S Department of Agriculture with this interactive map.