Home I’ve Been Given a Second Chance at Life

I’ve Been Given a Second Chance at Life 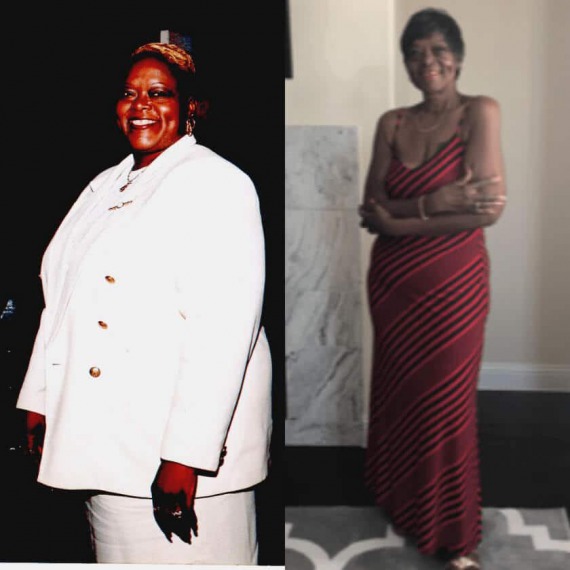 There’s not much downside to growing up under the care of loving and supportive parents, and then growing up to meet a wonderful partner who also loves you and supports you unconditionally. The result is a confident, grounded, generous individual. Meet Phyllis.

“Growing up, my mom, who was a really great person, always told me that I’m a good person and that’s what’s really important in life,” said Phyllis, a 70-year old active retiree who lives in Frisco, Texas. “So I just didn’t worry about my weight that much, and I wasn’t very motivated to make a change.” Phyllis, who was heavy since childhood, continued to gain weight throughout high school and beyond.

By the time she met her husband in 1974, Phyllis was close to 300 pounds. “But he loved every bit of me,” Phyllis said. “He didn’t care about my weight. He loved me, no matter what.”

Years of Try and Fail

Even though Phyllis enjoyed a happy life, she knew she was carrying too much weight and wanted to make a change. She tried everything. From diet pills and liquid diets to restrictive eating plans and everything in between. But nothing worked. In 1986, when Phyllis delivered their only child, a daughter, she was 360 pounds.

Phyllis decided to focus on her family and her career and tried to set her desire to achieve a healthy weight aside. In 2004, Phyllis’ husband, the love of her life, passed away. Then a few years later, in 2008, her daughter became pregnant with her first grandchild. In 2015, her daughter’s family decided to relocate from Chicago to Texas. Phyllis agreed to join them.

“It was around this time, I decided I wanted bariatric surgery,” said Phyllis. “I wanted to be able to enjoy my grandchild.” Phyllis had the Lap-Band procedure and lost 50 pounds in 2009, while still in Chicago. But she continued to struggle with a herniated disc in her back, a bad knee that kept her from exercising and a few other health issues.

Settled in and happy down in the Lone Star state, Phyllis was at an appointment with her new primary care physician and they were discussing her weight and how the surgery had failed to produce the results she was looking for. He suggested she meet with a bariatric surgeon he knew of whose patients were having great success after surgery. Phyllis agreed to meet him.

“When I first met with Dr. Ayoola at Weight Loss Specialists, I knew right away that he was different,” said Phyllis. “I could tell he really cared. The first thing he did was ask me what my concerns were.”

This led to a candid conversation where Phyllis was able to get very honest about everything that scared her. “But I already felt like I had one foot in the grave, so I didn’t have anything to lose,” she admitted.

Because of her age, her weight, her health and having had a failed Lap-Band a few years back, Dr. Ayoola recommended a procedure called the duodenal switch. He believed it gave her the best chance of losing all the weight she wanted to. And of keeping it off for a lifetime.

My Life Has Changed Completely

Phyllis’s surgery was in 2017, and she has never looked back. “My life has changed so much, I can hardly believe it,” Phyllis said, with great emotion. “I feel great. I look great. I am so blessed and so fortunate to have found Dr. A. Not everyone can do this surgery. He’s got a gift and a calling for what he does.”

Phyllis went from having constant pain in her knees and back to now walking three miles a day. She went from wearing a size 32 to a 10. She went from being on seven different medications for pain, asthma, high blood pressure and pre-diabetes to not being on any medications! “I honestly feel like a new person,” she said. “I have so much hope for the future now that I will live and be able to see my granddaughter grow up and get married.”

Say Goodbye to Try and Fail

If you’re ready for your own transformation story, consider this your invitation.

Weight Loss Specialists has everything you need to become the version of “you” that you’ve always wanted to be and hoped you could be. From accountability groups, customized weight loss programs, toning up after weight loss and even aesthetic offerings to help you look as great as you feel, we’ve got you covered.

You’ve got this. We’ve got you.

Reach out. You won’t regret it.