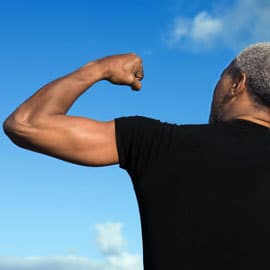 The physical benefits of tackling obesity with surgical procedures like sleeve gastrectomy are well known, but could weight loss surgery have a positive impact on your cognitive abilities as well? In a recent study, bariatric surgery patients showed significant and continual improvement in their cognition following surgery, demonstrating that weight loss surgery can curb obesity’s mental detriments just as well as its physical ones.

Over the course of a year, the study compared obese patients who had received bariatric surgery to those who had not. Both groups were subjected to a series of cognitive assessments before surgery was performed, 12 weeks after surgery, and one year after surgery, with investigators measuring changes in cognitive function over time. What they found was that post-surgical patients performed better on memory tests than nonsurgical patients, showcasing the profound effect that weight loss can have upon the mind.

Though the exact mechanics of the improvement are unclear, doctors speculate that it could have something to do with the changes in hormonal and neural signaling that occur between the gut and the brain following surgery. Other factors could include a reduction in sleep apnea and hypertension after significant weight loss, though the positive mental effects seem to stem more from the surgery itself than the reduction of comorbid conditions.

Research continues, as those responsible for the study will continue to follow the patients for five years after surgery to determine whether or not the effects will be long-lasting. Though some patients in the study received gastric bypass surgery and others underwent gastric banding, the scale of the study was too small to determine if one of the procedures had more beneficial effects on memory and didn’t take into account myriad other surgical weight loss procedures. But having raised these questions, the study has opened the door for a great deal more attention to the subject in the future, as researchers in the medical community will work to determine the precise source of these cognitive improvements and how best to use them to the advantage of weight loss patients.