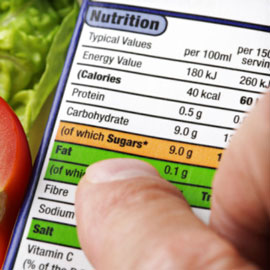 After surgery for weight loss, it’s understandable to view fat as the enemy. Excess body weight is often lumped into the broad term ‘fat,’ meaning that many people equate ‘losing weight’ to ‘losing fat’.

Similarly demonized by this generalization is cholesterol, a waxy and fat-like substance that is frequently cited for its role in heart disease. Though we’re often told about the risk of high cholesterol, which may contribute to fatty buildup in the arteries that can cause cardiovascular problems, you may be surprised to learn that not all cholesterol is bad.

In fact, cholesterol is naturally produced by your liver and serves many important functions. Found in every cell of the body, cholesterol helps you produce hormones, vitamin D and the substances needed to digest foods. Learning how best to balance the levels of good and bad cholesterol in your body may be a big part of becoming healthier after weight loss surgery, while research shows that the fatty substance may not be as closely related to heart disease risk as once thought.

HDL vs. LDL: Cholesterols at Odds

These two substances are in a constant balancing act within your body, but most people do not get enough HDL. Though both are produced by the body, American diets are often high in the trans and saturated fats that contain LDL but frequently low in the omega-3 fatty acids and polyunsaturated fats that provide HDL. As a result, most people can benefit from eating more fish, nuts, olive oil and other HDL sources that help to balance the body’s cholesterol levels.

Balanced cholesterol levels are an undeniably important aspect of any diet, but some research has indicated that its role in the development of heart disease may be exaggerated. Those at a high risk of heart disease often focus on lowering cholesterol as a treatment, but may in fact be ignoring other important factors like stress, sugar consumption, inflammation and oxidative damage.

In fact, cholesterol levels appear to be a poor predictor of heart attacks, with half of them occurring in people with normal cholesterol levels. Though decades of study have indicated that high cholesterol can contribute to heart disease, we’re beginning to see that the impact may be lower than was once assumed.

One of the most extensive studies of diet and disease ever done, this study began in 1976 and incorporates information from 238,000 nurse participants. An in-depth analysis of 84,129 of them identified five factors that were most important for reducing the risk of heart disease:

The authors of this study, the results of which were published in the New England Journal of Medicine, say that 82 percent of the coronary events that occurred during the study could have been prevented by adhering to these five basic tenets. Note that the only one related to cholesterol levels is the final one, which tells us to focus on an overall balanced diet including our levels of HDL and LDL.

To prevent heart disease as you build a healthier life after weight loss surgery, be sure not to focus too much on lowering your overall levels of cholesterol. You should be working to reduce your consumption of LDL sources in general, while HDL sources are often also some of the healthiest proteins. Yes, balancing your cholesterol is important, but many people may focus too much on this one aspect of preventing heart disease. Instead, lower your risk of heart disease by making your whole diet and lifestyle healthier.