You are here: Home / Weight Loss Tips / Don’t Let Anyone Pressure You into Weight Loss Surgery 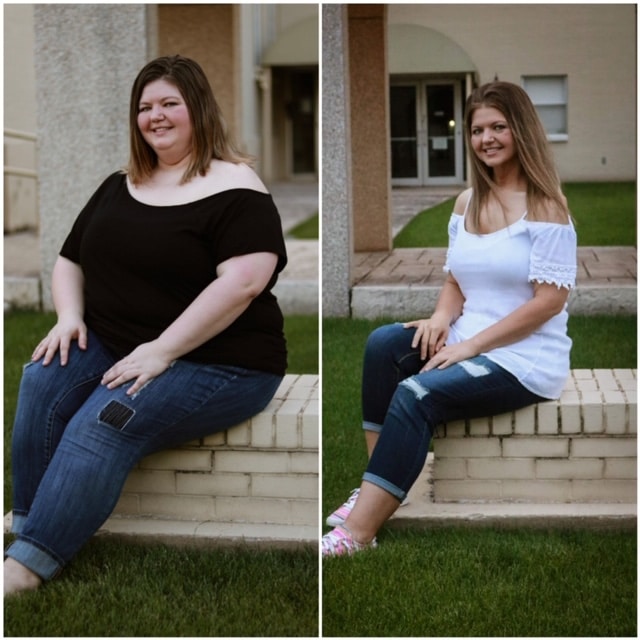 It’s a decision you have to make for yourself

Meet Brandolyn Dunn. Adorable. Bubbly. Active and confident 33-year-old from Durant, Oklahoma. But if you’d met Brandolyn in early 2019, you’d have met, at first glance anyway, a different person. She was still Brandolyn, sure, but she was far less confident, less likely to spend time outdoors exercising, gardening or doing anything active. She weighed 350 pounds, desperately wanted to have bariatric surgery but was scared. Scared of it not working. Scared of going under the knife and, ultimately, scared of failing.

Brandolyn had weight loss surgery with Weight Loss Specialists of North Texas in May of 2019 and everything in her life has changed for the better. Today, she’s a healthy 178 pounds and is so grateful for the journey that led her to Dr. Folahan Ayoola.

My Weight Was Always a Struggle for Me

“As far back as grade school, I was heavy,” said Brandolyn. “It’s literally always been a struggle for me. Everyone in my family is big. It’s just who we were. I was always told that I was big. For me, it was just normal.”

But just because something is normal doesn’t make it desirable. And Brandolyn didn’t want to be overweight. After graduating from high school, she tried everything to get her weight under control over the next few years. From diets and diet pills to personal trainers and packaged meal plans, Brandolyn tried them all. Still, her weight climbed.

In 2015, she went through all the insurance requirements to have the gastric sleeve, but backed out at the last minute. “Now, I can see that everything happened for a reason,” said Brandolyn.

Learning From Someone Else’s Experience Helped Me

In 2017, Brandolyn’s uncle had a bariatric procedure she hadn’t heard of before; the duodenal switch. As he began to systematically lose weight and share about his deep respect for his surgeon (Dr. A), Brandolyn became intrigued. “Watching my uncle walk through that experience really helped me believe that even though it was major surgery, I could do it, too.”

Brandolyn had never had surgery before. She’d never even had an IV. But she overcame her fears and scheduled a consultation with Dr. A. in May of 2019, she made the trip to Texas for her own duodenal switch surgery.

“I was scared to no end, but I cannot say enough about how fantastic Dr. Ayoola and his entire team and the entire process was for me,” said Brandolyn. “Even the aftercare I have received has been phenomenal.”

Brandolyn admits it was not an easy surgery, and it took some time to get her protein and vitamin levels where they needed to be in order for her to feel her best. But she would do it again without hesitation for the way she feels today.

I Can Do the Things I’ve Always Wanted to Do

A few months after her surgery, Brandolyn stepped over a small barricade at a local car dealership, and that’s when it hit her. “I could never have done that before the surgery,” she said. “I would have had to have help.”

As the weeks went by, Brandolyn noticed her collarbones (something she’d never noticed before) and that she could sit with her legs crossed comfortably. “I could sit on the floor and play with my nieces!” she marveled.

Now when planning vacations with her partner, Brandolyn looks for scenic places to hike. “I used to pick vacation spots based on what kind of restaurants and places to eat were there,” she said. “I still love food and love to eat, but I now really love being active and spending time outdoors.”

Even though Brandolyn’s journey took a bit longer than some, she’s grateful she took the time to step back, reassess, change her mind and go in a different direction.

“If you’re considering weight loss surgery, it’s important not to let anyone else pressure you,” she said. “Make sure it’s something you want for yourself and that you’re prepared to make a complete life change. Because if you’re not ready and fully committed, your body won’t be ready, and ultimately, you’ll fail.”

Her other best piece of advice? “Take as many before pics as you can,” she said. “I know you don’t want to, and you probably feel embarrassed. Go ahead and cry or be mad or whatever. But take them anyway. You’re going to want them. You need those photos to remind you of how far you have come. On the hard days when you want to quit, looking at those photos will remind you of just how far you’ve come, and they will motivate you to keep going.”

If you’re ready for your own transformation story, here’s your invitation.

Weight Loss Specialists has everything you need to become the version of “you” that you’ve always wanted to be. From accountability groups, customized weight loss programs, toning up after weight loss and even aesthetic offerings to help you look as great as you feel, we’ve got you covered.

You’ve got this. We’ve got you.

Reach out. You won’t regret it.