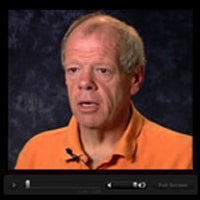 Hi my name is Gareth, I had Roux-en-Y Gastric Bypass 13 months ago. My total weight loss today is 120 pounds.

Before I had the surgery, I suffered with type 2 diabetes. I had very high blood pressure. I’m a soccer coach and a referee and I had trouble with the knee joints. Just basic pain from even laying down or exercise, whatever. Since the surgery, I am now not diabetic. My blood pressures runs at about 110 over 60 each time I have it checked. So all the medical problems seem to have gone away.

I get over things like colds a lot better, a lot quicker. I don’t pick up silly illnesses I used to pick up. I obviously don’t take any medication apart from the occasional headache medication, Tylenol, ibuprofen. My life now is completely different. I’ve been overweight since I’ve been nine years old. I weigh lighter now than I did when I was 12. I’m fitter now at 50 than I ever was as a teenager. Life is just so much better.