You are here: Home / Weight Loss Results / Don’t Miss Out on the Opportunity to Live a Better Life 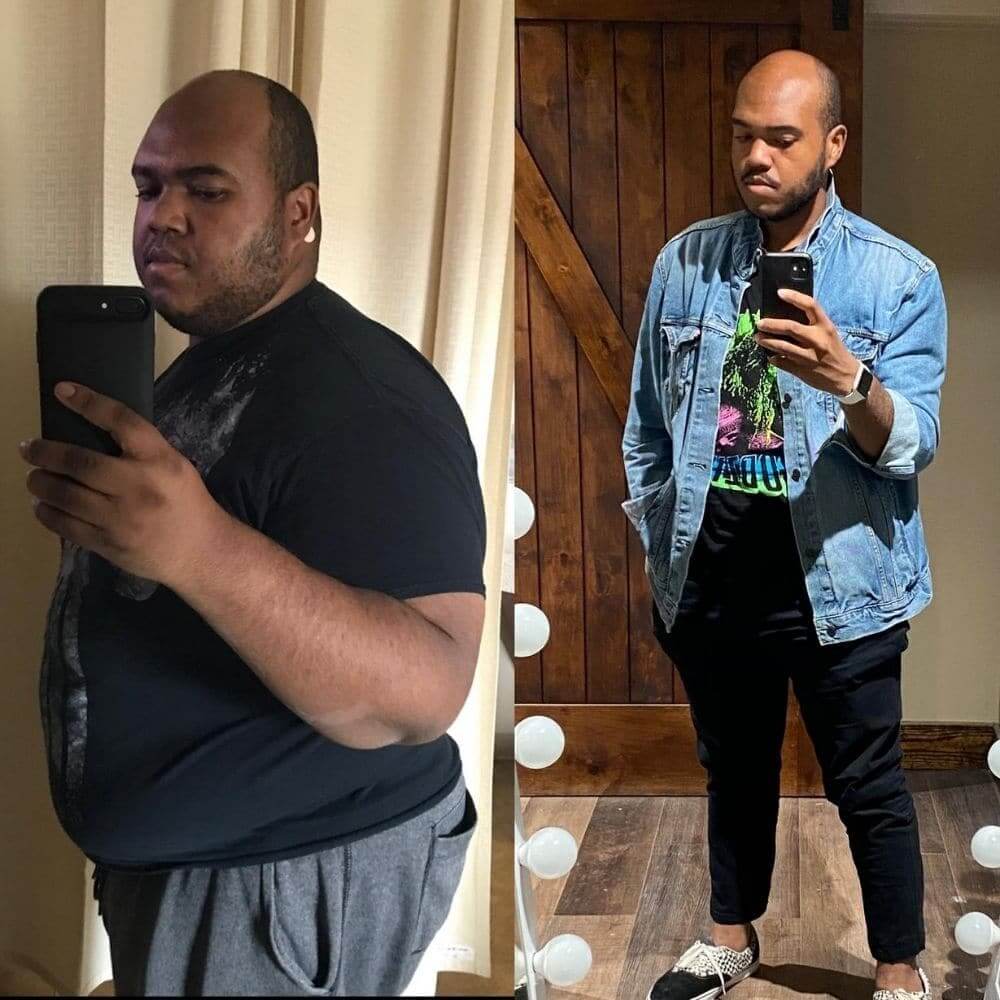 Overweight for most of his life, Deon Cullum of Fort Worth, Texas, remembers being heavy as far back as six or seven years old. Years of feeling insecure about his weight and enduring some teasing and bullying during his teenage years motivated Deon to try to make a change. “I tried to eat healthy and work out but just wasn’t able to be consistent with it,” admitted Deon, a 27-year-old video editor who moved from his hometown of Richmond, Virginia to North Texas for a job in 2017.

Deon’s mom had bariatric surgery (gastric bypass) in 2018 and often talked to Deon about how life-changing the procedure was for her. “I was skeptical about weight loss surgery as a solution for me, but my weight finally became so unmanageable that I decided to look into it,” said Deon.

Living in Denton, Texas, at the time, Deon decided to do his research and find what he believed to be the best and most reputable bariatric surgeon around. A string of glowing reviews led him to Folahan Ayoola, MD at Weight Loss Specialists of North Texas, and the rest is history.

Deon thought he wanted to have gastric bypass surgery like his mom. But after a thorough exam and diagnostic testing, Dr. A told Deon he thought the duodenal switch procedure would give Deon the best chance at losing weight and keeping it off for good.

“Dr. A was straight to the point but also very gentle in his approach,” said Deon. “I can see why he gets such great reviews. He explained everything and walked me through the entire process. He’s very kind, incredibly intelligent and experienced, and he leads his team very well.”

My Progress Has Been Phenomenal

Deon says he has twice as much energy now that he weighs about half as much as he did before. He enjoys being able to walk into just about any clothing store and buy shirts and pants without having to look for the big and tall section. His high blood pressure, high cholesterol and sleep apnea have all resolved. Even better, the depression that he dealt with before he lost all the weight is all but gone now. “I’m just so grateful,” he said.

A Word of Advice

Deon understands that weight loss surgery is a huge decision with lifetime implications. It took him years to make the decision for himself and then hours of research to find the surgeon he would trust with his care. But he would encourage anyone who has been thinking about it to make the leap.

“Don’t miss out on the opportunity to live a better life,” he said. “Do your research, go with an experienced and reputable surgeon and trust that you’ll be well taken care of. Go for it!”

Not the Easy Way, the Best Way

If you struggle with your weight, you’ve probably tried everything – diets, exercise, pills, hypnosis – anything that promises results. But oftentimes, these just leave you even more frustrated and disappointed.

Perhaps you’ve considered weight loss surgery – but you stop yourself because it feels like the “efasy way”. Many people feel like this…BUT we’re here to tell you that it’s NOT the easy way. For many, many of our patients, it’s the BEST WAY! Let’s talk and see if weight loss surgery could be the solution you’ve been looking for.